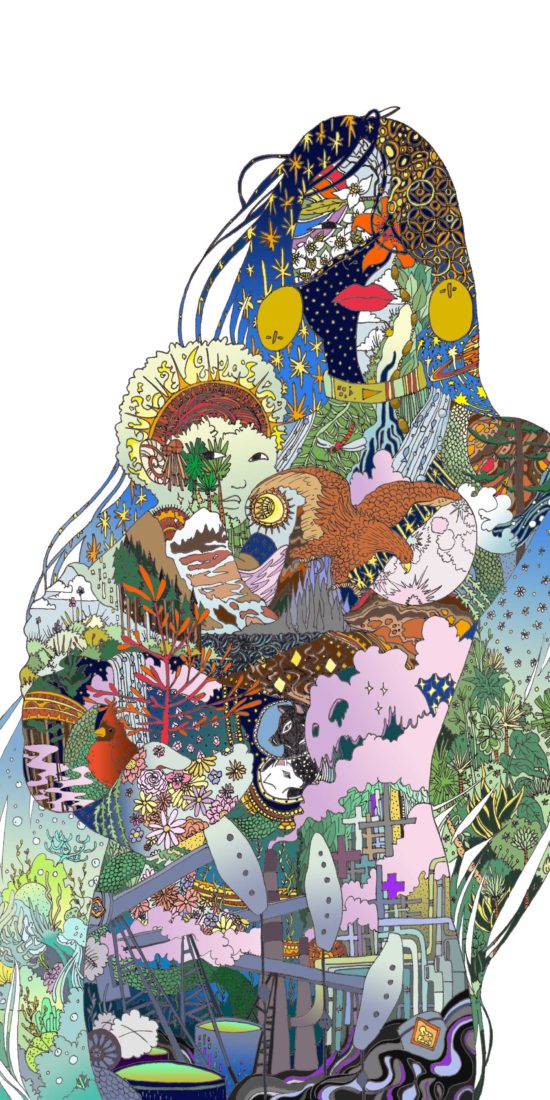 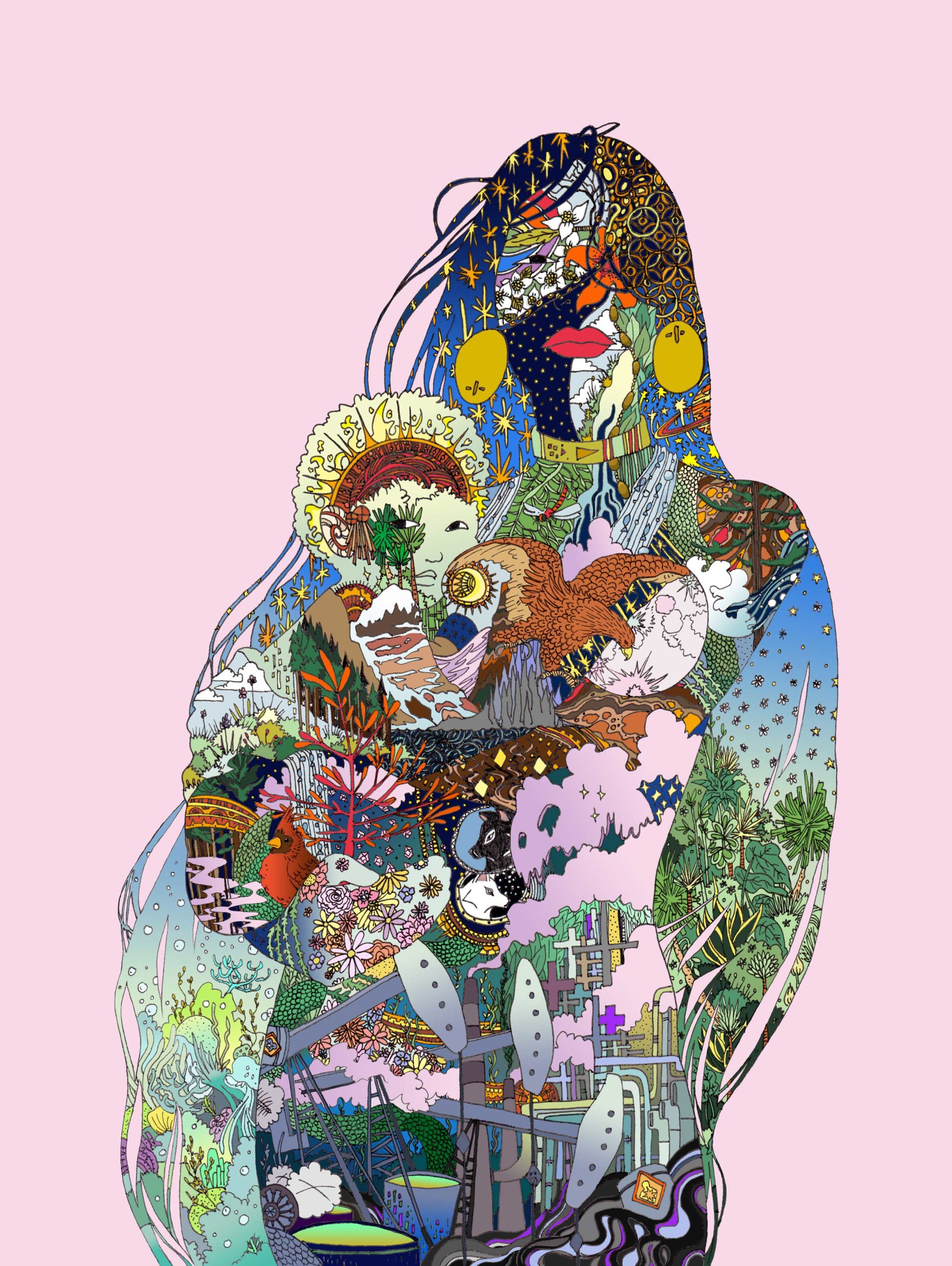 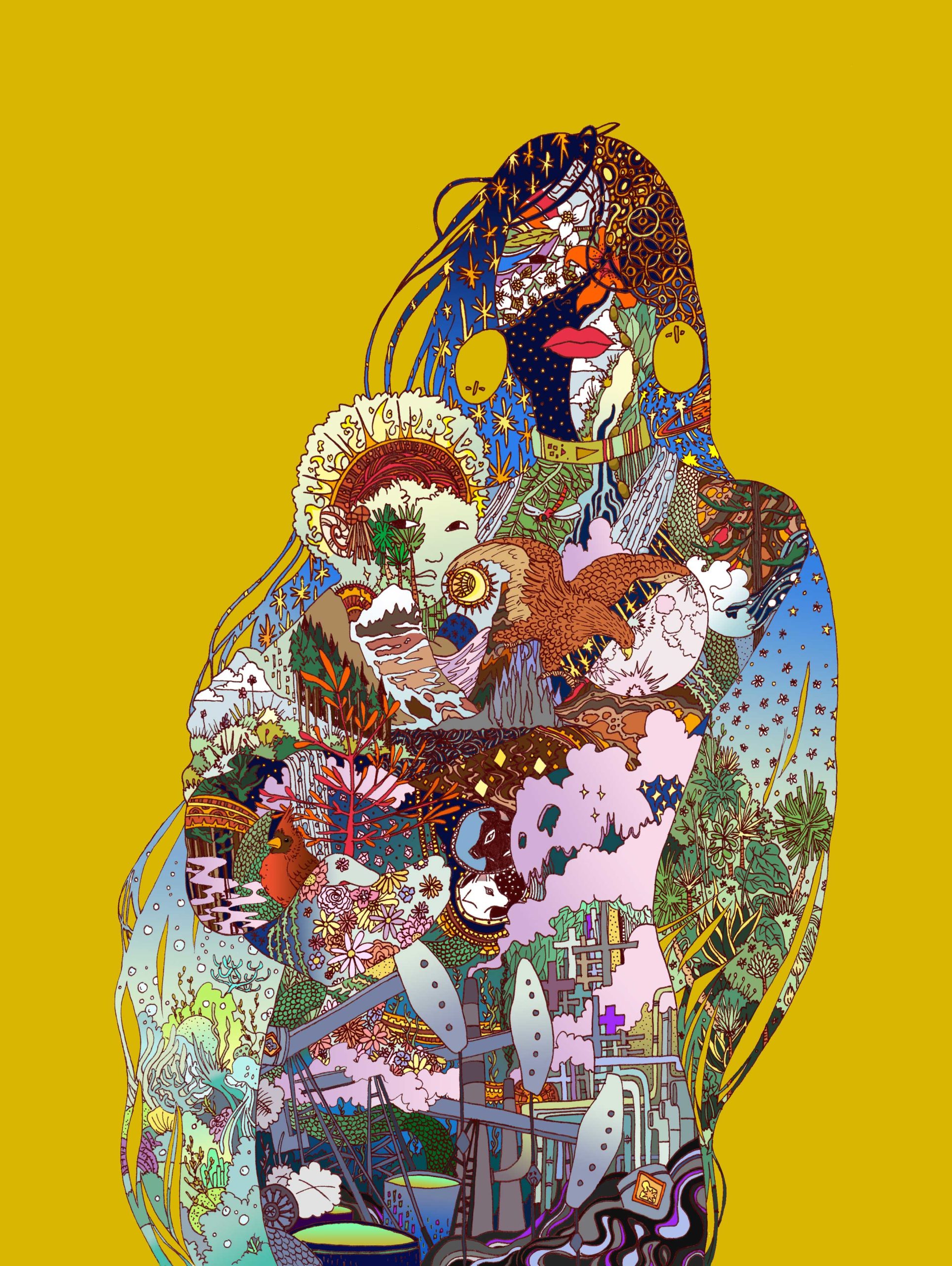 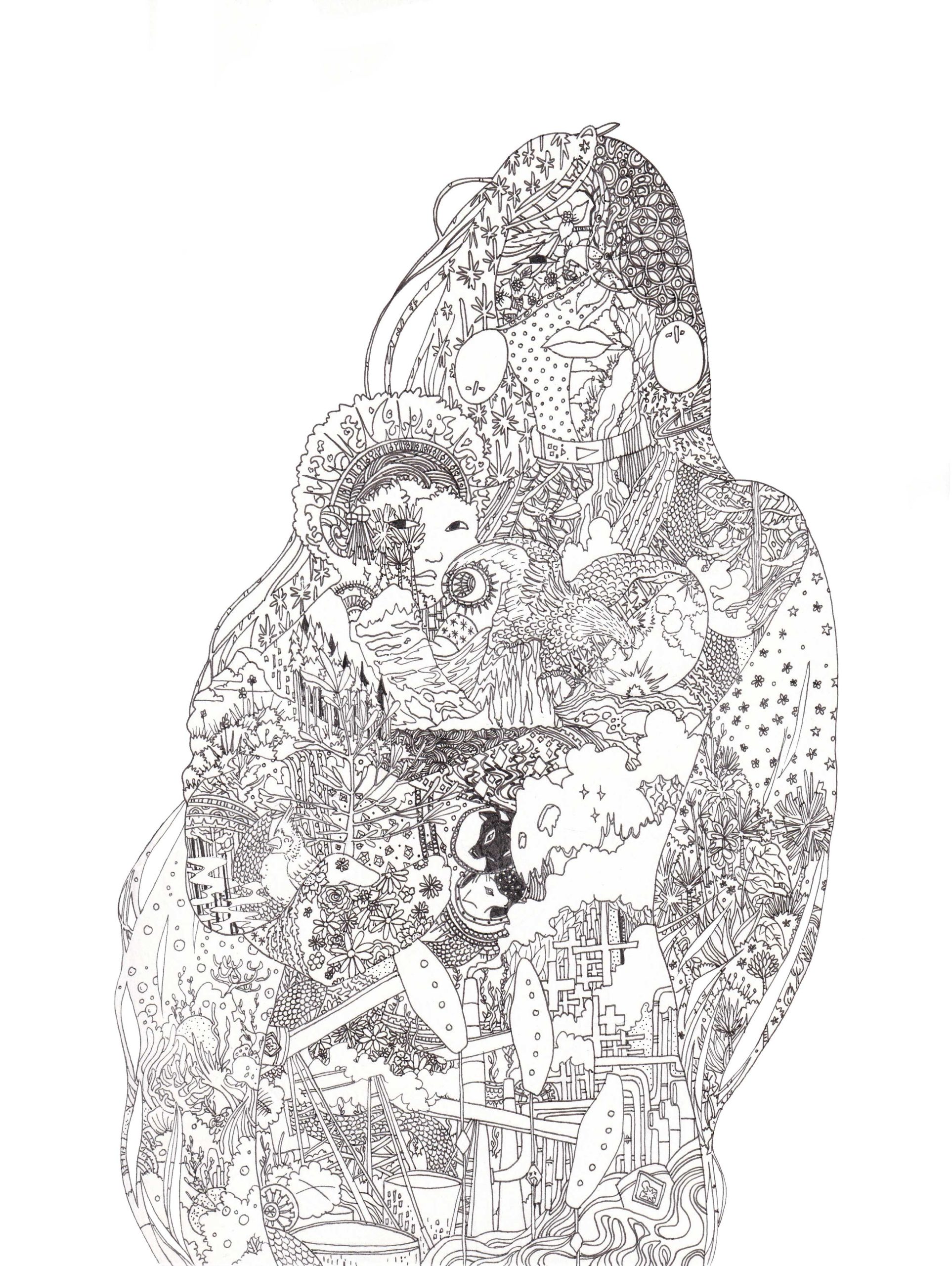 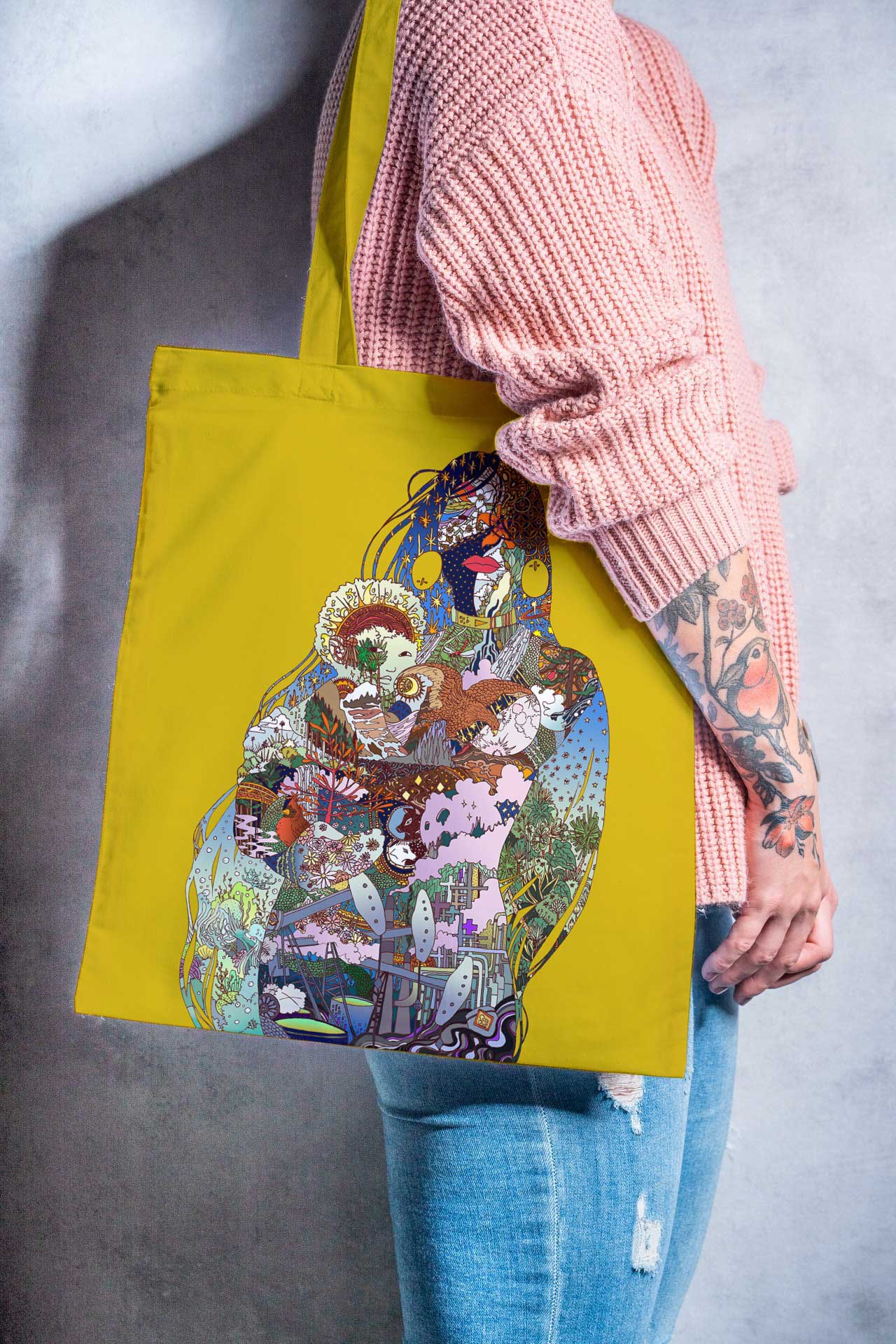 Personal illustration inspired by a Dene myth told by Chief François Paulette, who calls himself a servant of Mother Earth, in Words of indigenous peoples (or Paroles des peuples racines) by Sabah Rahmani.

The Dene people have a matrilineal society in which women are the force and energy of their community, the women are viewed as one and the same as Mother Earth. I thought this was beautiful and inspiring, as I am learning to embrace the feminine and let down the masculine mask that many of us carry.

In his mission to protect creation, Chief François Paulette talks about the oil sands industry in Canada and the catastrophic quantities of arsenic buried in the ground. This has sadly affected their community and the levels of cancer are rising as this poison is leaking into the waters.

They have a prophecy that once the eagle lands on the moon (1969 American landing!), the indigenous peoples will teach the world to live in better harmony with nature. Let us hope that this time is now.

So here is Gaia, holding Humanity as a baby who is dependent on her for its survival and thriving, while toxic waste and fumes spread across her body. What affects her affects us.

Everything is connected and this world is too magnificient not to be protected and cared for back. We are simple stardust meat-suits on a flying rock in space, but it’s our rock !

Abstract Nature Portrait
Back to home 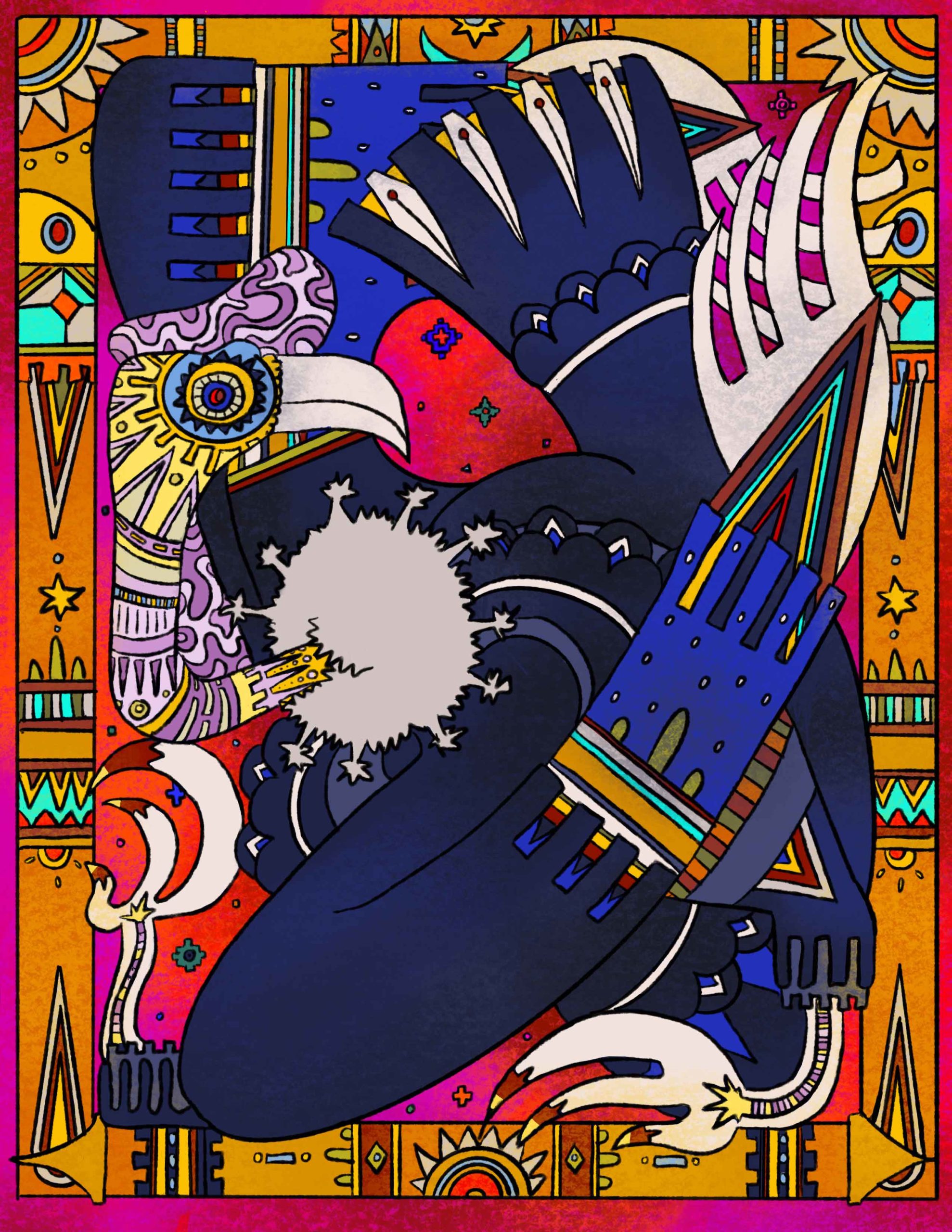 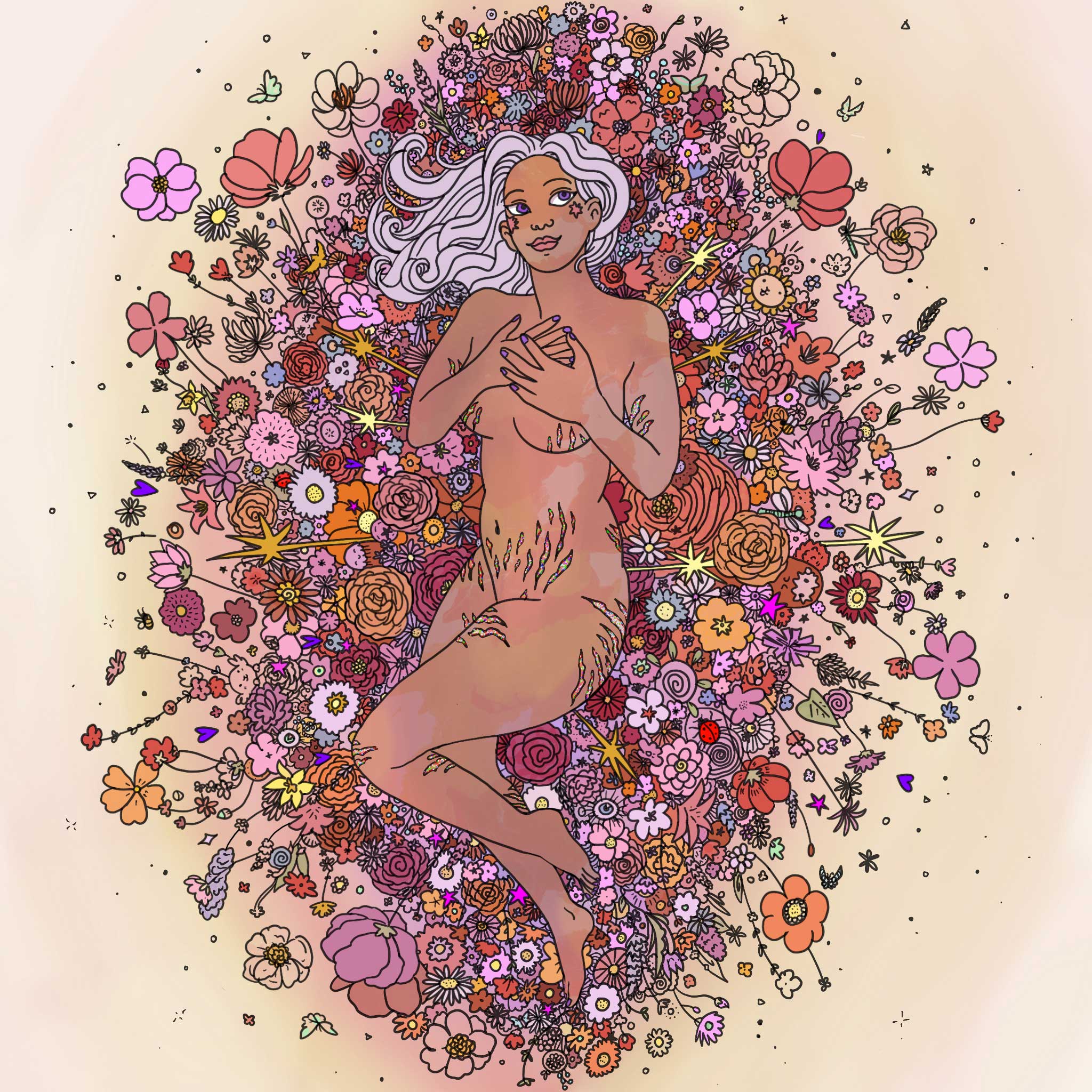 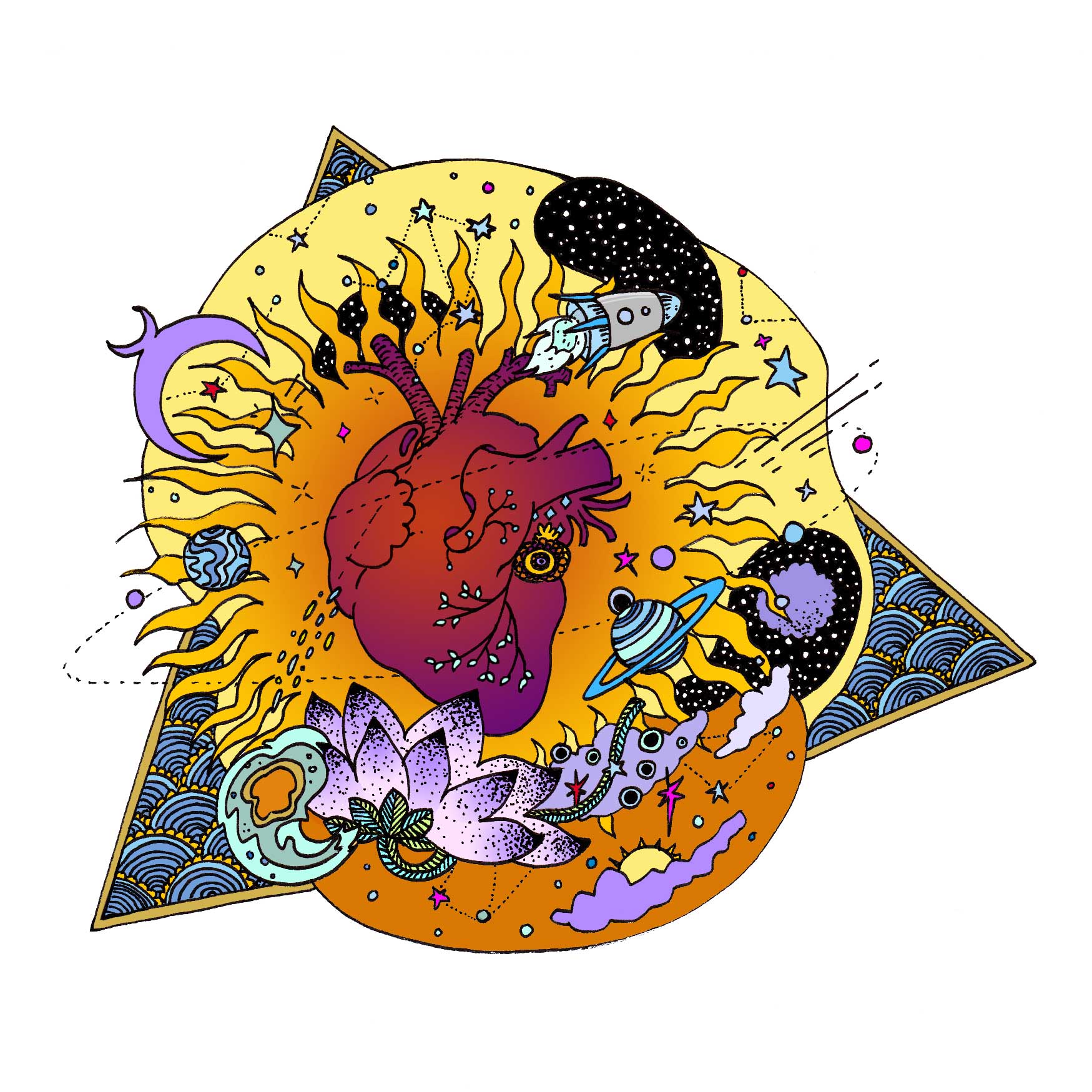